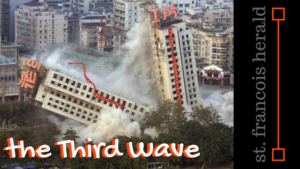 Often referred to as the worst merger in history, in 2000 America Online and Time-Warner made it official. I never had AIM — by the time we got online in Farmington, Microsoft’s MSN was on the scene. AOL was valued at $20 billion two years before the merger, and at the time of the merger in 2000 it was valued at $160 billion. Adjusted for inflation, that would make the deal at about $227 billion today.

A New York Times article reported in 2010: “Today, the combined values of the companies, which have been separated, is about one-seventh of their worth on the day of the merger.”

News broke Saturday that AT&T is buying Time-Warner for $85 billion.

Steve Case was one of the AOL founders, and the CEO at the time of the merger with Time-Warner. He helped bring the world online with the instant messaging and browsing capabilities, and he was the one responsible for the thousands of AOL trial CD-ROMS that littered America in the 90s.

He doesn’t have a ton of hope in this merger — it doesn’t necessarily excite him about where the world is going. He writes:

While back in 2000, some didn’t believe in the internet and/or didn’t believe in convergence, of course those concepts now seem obvious. So it’s not surprising to me that we are again seeing attempts to marry communications and content. I just hope the merged company will have the kind of culture that will enable it to drive synergies and create value.

As I explained in ‘The Third Wave’, and as we discussed on your podcast, the idea of the AOL/Time Warner merger made sense, both strategically and, at least for AOL, financially. What was flawed was the execution. But, as Thomas Edison said more than a century ago, vision without execution is hallucination. And execution is all about the right people focused on the right priorities, working together in the right way.

His latest book explains the technological revolution that we are living through in three waves. 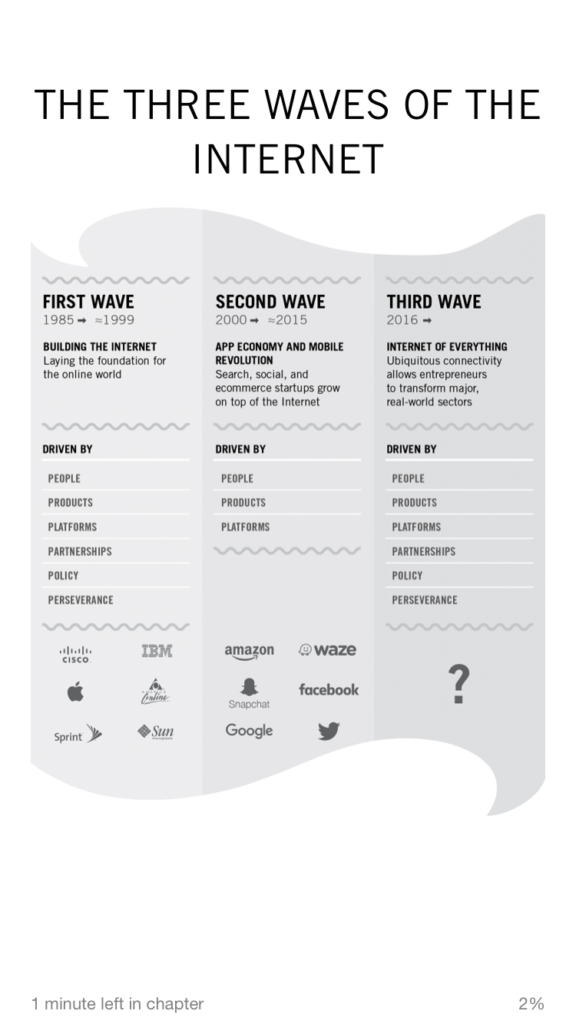 The important part to take away: Steve Case predicts that the third wave, which begins in 2016, will involve companies all across the nation. The Start-Up culture, he says, will take over every aspect of our lives as “The Internet of Everything” comes online. The difference between the second wave (Snapchat/Twitter/Facebook) and the third wave, is that the third wave will take much more perseverance, which means companies will have to be scrappier. But, the third wave companies will have to work more closely with policy-makers as well, which means that progress might come slower. Nonetheless, this wave will upend most of the huge conglomerates that millions of us do business with everyday.

The startup culture is coming into our communities, despite the fact that our landscape still testifies to corporate triumph: WalMart, 18-wheelers, no-sidewalks, etc.

You can live in the past, or you can paddle along with us and try to catch that third wave!

(THE BELOW PODCAST IS REALLY GOOD)